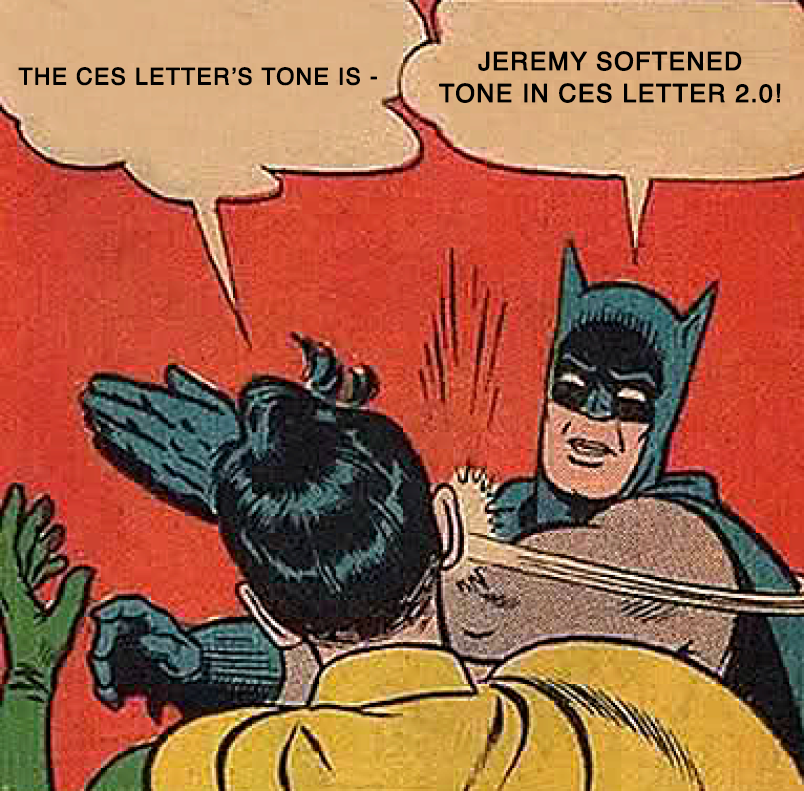 Today, we are releasing to the public CES Letter 2.0 in Paperback (all past orders are fulfilled or being shipped tomorrow - new orders can now be taken), PDF, and ePub versions. The HTML and Audio versions are in final production and will be released shortly in December 2017.

The biggest and most substantial change in CES Letter 2.0 is the tone. There are no longer any tonal issues in the CES Letter.

“I really appreciate that he modified the tone. I totally understand why it was snarky, but this version is snark free so it’s easier to share.”

When Jeremy wrote the letter to the CES Director in April 2013, it was from a place of desperation and from feeling upset about learning about the LDS Church’s truth crisis. It was not written for the public but was written as a private letter between Jeremy and the CES Director to seek answers to his questions.

The purpose of the CES Letter from 2013 – 2016 was one thing: to get official answers from the LDS Church – through official Church channels – to questions about the LDS Church’s truth claims problems.

The CES Director and the Church “answered” through silence, intimidation, and ultimately threats of excommunication. This came to a head in April 2016 when Jeremy excommunicated the LDS Church from his life during his kangaroo court (www.cesletter.org/resign).

After years of seeking answers, Jeremy finally got his answer from the LDS Church:

The LDS Church does not have answers to its truth crisis. The LDS Church is a man-made institution and its foundational truth claims completely collapse under the weight of scrutiny and investigation. The LDS Church is not only not true but they will aggressively seek to censor, intimidate, and excommunicate you if you persist in asking the questions they do not like being asked.

It’s a quick guide and high level overview on some of the biggest threats to the LDS Church’s foundational truth claims and a starting point for many to initiate deeper research into the various issues and problems.

It is with this new focus and mission of effectiveness that CES Letter 2.0 is launched.

Tone:
Jeremy has taken a fine-tooth comb and gone through the entire document many times to identify and change parts of the document that are snarky or hostile in tone.

New Design:
Thanks to the expertise and skills of two designers, CES Letter has been newly designed for both digital and printed versions in addition to the new website. Special thanks to Craig Bishop for the interior layout and to Craig Keeling for the cover and the website design.

Clearer and simpler graphics:
In preparation for the paperback, new graphic design have been utilized to make the presentation simple and easier to understand and absorb.

"Scriptures" Chapter Removed:
The Scriptures section is where a lot of the tonal problems were in the previous CES Letter. After much thought and evaluation, Jeremy decided that the Scriptures section was redundant and unnecessary as it was a distraction from the core problems that are uniquely Mormon. Many of the issues with the bible and Christianity that were discussed in this section aren’t uniquely Mormon issues and problems.

Inoculation against Mormon apologetics:
In a desire to help readers and investigators to escape the Mormon Apologetic House of Mirrors quicker, Jeremy has added content that gets to the heart of weaknesses of commonly used Mormon apologetic claims and arguments.

Revamped sources and sources system:
Jeremy has added sources that are even more LDS friendly or neutral. Additionally, Jeremy has set up a system to where the sources are redirects through cesletter.org’s server to ensure that there are no dead or weak links in the future. When a source dies, it can quickly be changed for all mediums (paperback, PDF, epub, HTML, etc.) with a single change on the server.

Epilogue with more resources:
To make it easier for readers, new resources such as Frequently Asked Questions, Common Attacks, a centralized Debunking page, an updated Resources page, and a direct link to access to LDS Church essays have been created.

What’s currently being worked on and completed in December 2017:

What Jeremy needs help with:

Kindle:
This has been a struggle. If any of you are Kindle experts and would like to help, please email Jeremy at [email protected] with “Kindle” in subject line.

Social Media:
TBM trolls have been leaving 1 star reviews on Facebook. Many were personal attacks against Jeremy which Facebook removed. Please add your reviews to counterbalance the TBM trolls. To leave a review on CES Letter, please go here: Facebook CES Letter Page